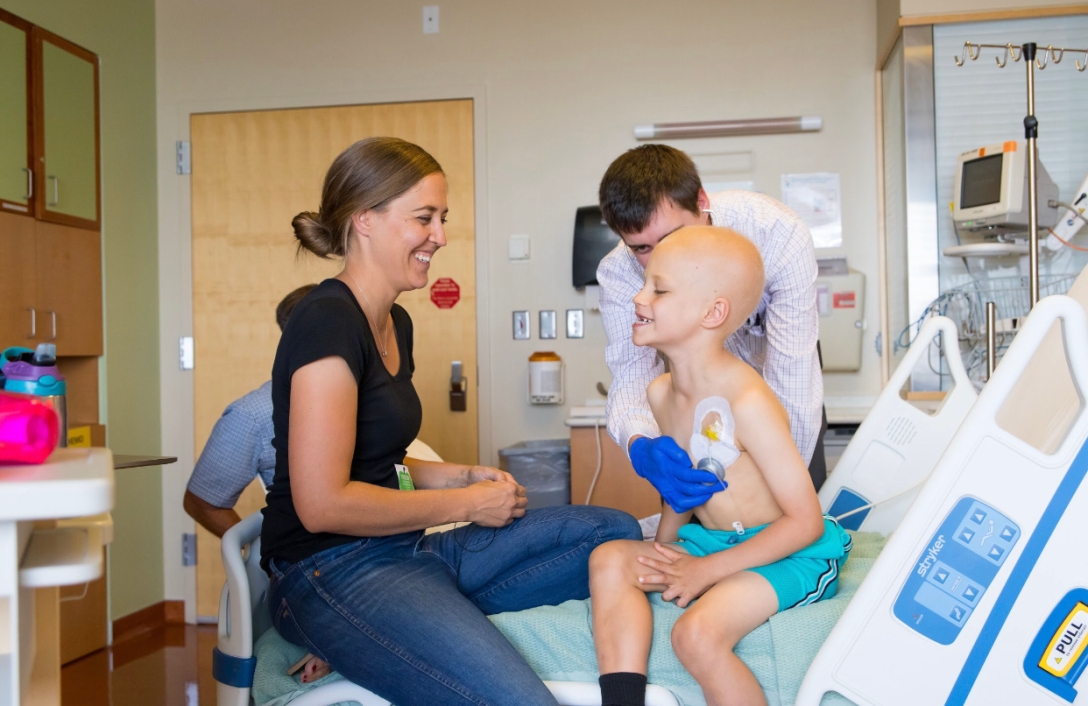 Interim Maintenance 2 is 56 days. It is the fifth and final phase of frontline treatment. Frontline is the initial portion of the 2-3 year treatment for acute lymphoblastic leukemia.

NONE! Except for the visit to clinic when they were at capacity so they put us in an inpatient room. The halls felt distant and familiar all at once.

Starting IM2 was tough as I was sure to feel relief on the other side of Delayed Intensification and instead I just felt dread. More chemo, more low counts, more time being that cancer family. In the end, it ended up being a straightforward phase, and as with all things- if I knew then what I know now, I wouldn’t have worried about it so much.

During IM1, after his final methotrexate escalation, Beaudin became very sick and spent the better part of the weekend throwing up. Obviously, from the methotrexate. About a week later, the rest of us got the stomach flu. Fast forward to IM2, and my worry that the escalation of methotrexate would bring back his vomiting/nausea. Surely, once he hit the 300mg mark he’d be sick… Nope, nada, none. With each escalation, he felt fine and once he dropped the sedation for his Lumber Punctures (more on that later) you would never even have thought he was receiving chemo. He did just fine, without any side effects. So, as it turns out, sorry to everyone who we exposed to the flu back in IM1, when Beau actually had the flu, but we were sure it was just chemo side effects and as such took him to a BBQ, the Rockies game and a movie. WHOOPS! Sorry about that pubic, my bad.

At our clinic appointment on August 23rd, Beaudin choose to do his lumbar puncture without sedation. I will write about that in a separate post, but lets just say it was a game changer and I have all.the.feels.

Beaudin broke his collar bone over Labor day after going head over handlebars while mountain biking. It wasn’t obvious it was broken, actually as we tested him with range of motion movements we were sure it was just bruised. But the following clinic visit the doctor suggested we get an x-ray and sure enough, it was fractured. Thankfully, it was not a full break, but what they call a green stick- picture trying to snap a young, green twig and only a portion will break. However, because chemotherapy has the side effects of brittle bones, we had to have the x-rays reviewed by the orthopedic oncology specialist. Luckily, he said that the break was complete normal and a side effect of “childhood.” At that, I cried. YES! A SIDE EFFECT OF CHILDHOOD!!!!! I have never been more excited about a broken collar bone in my life.

As we told our friends and family what happened, many remarked something along the lines of, “Oh gosh, one more thing Betsy!” to which I explained our joy to be dealing with something so beautifully normal! Yes, a broken collar bone is entirely inconvenient and a real damper on the end of Frontline therapy but WHATEVER!! It happened because he was being a kid. A normal kid! A kid who took a hill too fast on a mountain bike ride in the Colorado sunshine over Labor Day and went head over handlebars, have you ever heard of something more gloriously NORMAL!